In pursuance of the Decree of the Government of the Russian Federation № 717 of 16 June 1997, orders of the Government of the Russian Federation № 144-p of 24 March 2000, the Ministry of Natural Resources of Russia together with the Ministry of Defense of Russia prepared a Presentation on the outer border of the continental shelf of the Russian Federation in the Arctic Ocean, the Sea of ​​Okhotsk and the Bering Sea in accordance with the articles of the Convention. The Russian Foreign Ministry sent a request to the UN Secretary General on 18 December 2001. The Russian Submission was accepted by the UN Secretariat, recognized as complying with the scientific and technical terms and conditions of the UN Commission on the Limits of the Continental Shelf and published by the Secretary General on the UN website. Thus, the world community was informed that Russia, under the Convention, had declared its right to be included in the legal shelf of the Russian Federation a section of the seabed of the Arctic Ocean, including Lomonosov and Mendeleev elevations up to the North Pole, as well as seabed sections in the Okhotsk and Bering Sea. 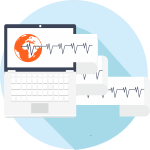